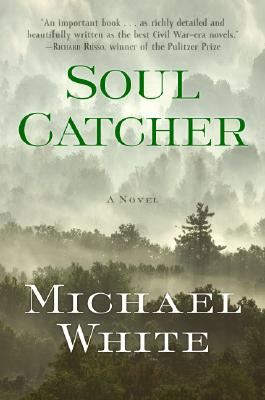 Augustus Cain faces a past he wants to forget, a present without prospect or fortune, and an uncertain future marred by the loss of his most prized possession: the horse that has been his working companion for years. He is also a man haunted by a terrible skill—the ability to track people who don't want to be found.

Rosetta is a runaway slave fueled by the passion and determination only a mother can feel. She bears the scars—inside and out—of a life lived in servitude to a cruel and unforgiving master. Her flight is her one shot at freedom, and she would rather die than return to the living hell that she has left behind.

In the perilous years before the Civil War, the fates of these two remarkable people will intertwine in an extraordinary adventure—a journey of hardship and redemption that will take them from Virginia to Boston and back—and one that will become an extraordinary test of character and will, mercy and compassion. It is an odyssey that will change them both forever.

Soul Catcher is a dazzling tapestry of imagination and character, atmosphere and emotion. Poignant and utterly compelling, it is a story to be savored and remembered.

Michael White's previous novels include the New York Times Notable Book A Brother's Blood as well as The Garden of Martyrs and Soul Catcher, both Connecticut Book of the Year finalists. He is the director of Fairfield University's MFA program in creative writing, and lives in Connecticut.