She Was: A Novel (Hardcover) 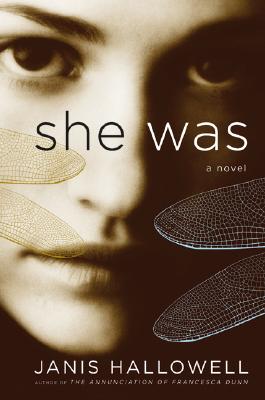 “In Janis Hallowell's new novel we see the painful consequences of one horribly wrong decision made by a young woman caught up in the swirl of the anti-war movement in the 1970s. Her story will not only resonant with many of us who lived through those times, but it will also speak to another generation confronting their own personal and political decisions.”
— Linda Milleman, Tattered Cover Bookstore, Denver, CO

Doreen Woods is many things: a successful dentist who donates time and skills to the needy, a loving wife and mother, a sister who cares for her dying brother. She has carefully built an exemplary life. But all of this is threatened when a comrade from the seventies shows up. Over the next week Doreen's past rushes in as she is forced to admit to her family and herself the actions that caused her to change her name and identity three decades earlier.

In 1970 she was impressionable and idealistic Lucy Johansson. When her brother, Adam, came home from Vietnam damaged and bitter, they moved to California, where she raged against the war and the Establishment with many others of her generation. She joined an antiwar group and participated in increasingly militant protests designed to bring attention to their cause and to change the world for the better. But all the best intentions and careful planning couldn't keep things from going terribly wrong.

Told from a twenty-first-century perspective, She Was spans the width of the American continent and the depth of social upheaval of the second half of the twentieth century. She Was explores the violent, determining act in one woman's life that mirrors the formative trauma of her age. She Was is a story about the indelible nature of the past, about hiding in the ordinary, and, ultimately, about making amends.

Janis Hallowell, author of The Annunciation of Francesca Dunn, is a MacDowell Fellow, and her short fiction has been published in Ploughshares. She lives in Colorado with her husband and daughter.

“[S]pellbinding...evokes pathos without being sentimental...It’s a story set in the turbulent, emotional times of the Vietnam war. The beliefs of sons and daughters are set against the values of their own parents as American living rooms became increasingly hostile places. [P]owerful...harrowing.”
— Kash's Book Corner on SHE WAS

“Hallowell’s text... is razor sharp.... And few writers could match her depiction of Adam’s battle with multiple sclerosis....SHE WAS sustains a steady level of suspense for such a character-driven piece.”
— Sunday Denver Post on SHE WAS