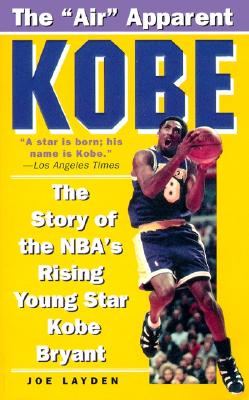 A must for every Lakers fan, here is the story of Kobe Bryant's early years - his journey to becoming a force in the NBA and the drive, passion, and hustle that it took to get there.

Meet Kobe Bryant, Los Angeles Lakers' young basketball prodigy and the heir apparent to the great Michael Jordan himself. IFollow Kobe's life from growing up as the son of an NBA player through his decision to turn pro at 17, his rookie season, the All-Star Game, and his amazing second year in the pros.

An award-winning journalist and bestselling author, Joe Layden has written more than thirty books, including The Last Great Fight, which was named one of the best sports books of 2007 by Sports Illustrated and the American Library Association. He is also the co-author of the New York Times bestsellers There and Back Again and The Rock Says. . . . He lives in upstate New York.