Freedom in Exile: The Autobiography of The Dalai Lama (Paperback) 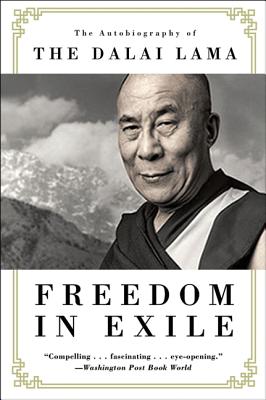 Freedom in Exile: The Autobiography of The Dalai Lama (Paperback)

In this astonishingly frank autobiography, the Dalai Lama reveals the remarkable inner strength that allowed him to master both the mysteries of Tibetan Buddhism and the brutal realities of Chinese Communism.

His Holiness the Fourteenth DALAI LAMA, Tenzin Gyatso, is the spiritual leader of the Tibetan people and of Tibetan Buddhism. He was awarded the Nobel Peace Prize in 1989 and the U.S. Congressional Gold Medal in 2007. He is the author of, among many other books, the international bestseller An Appeal to the World and the New York Times bestseller The Book of Joy, which he coauthored with Archbishop Desmond Tutu. He lives in exile in Dharamsala, India.