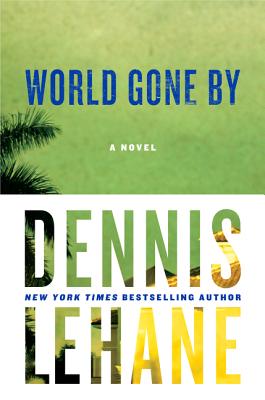 By Dennis Lehane
Please email or write store for pricing and availability information.
Special Request - May Not Be Available

“In the prologue of World Gone By, Lehane describes his main character but certainly captures his own abilities as well: 'Joe Coughlin had a gift for bringing the beacons of the city into contact with her demons and making it all seem like a lark.' This is Lehane's great gift: creating characters with the full scope of human dimensions -- our inner angels and devils, our passions and our crimes -- and immersing them in the timeless trials of our world while disguising his feat as the entertainment of a 'good read.' Lehane is a magician, a maestro, and a master of the written word.”
— J.B. Dickey, Seattle Mystery Bookshop, Seattle, WA

Dennis Lehane, the New York Times bestselling author of Live by Night—now a Warner Bros. movie starring Ben Affleck—delivers a psychologically, morally complex novel of blood, crime, passion, and vengeance, set in Cuba and Ybor City, Florida, during World War II, in which Joe Coughlin must confront the cost of his criminal past and present.

Ten years have passed since Joe Coughlin’s enemies killed his wife and destroyed his empire, and much has changed. Prohibition is dead, the world is at war again, and Joe’s son, Tomás, is growing up. Now, the former crime kingpin works as a consigliore to the Bartolo crime family, traveling between Tampa and Cuba, his wife’s homeland.

A master who moves in and out of the black, white, and Cuban underworlds, Joe effortlessly mixes with Tampa’s social elite, U.S. Naval intelligence, the Lansky-Luciano mob, and the mob-financed government of Fulgencio Batista. He has everything—money, power, a beautiful mistress, and anonymity.

But success cannot protect him from the dark truth of his past—and ultimately, the wages of a lifetime of sin will finally be paid in full.

Dennis Lehane vividly recreates the rise of the mob during a world at war, from a masterfully choreographed Ash Wednesday gun battle in the streets of Ybor City to a chilling, heartbreaking climax in a Cuban sugar cane field. Told with verve and skill, World Gone By is a superb work of historical fiction from one of “the most interesting and accomplished American novelists” (Washington Post) writing today.

Dennis Lehane is the author of thirteen novels—including the New York Times bestsellers Live by Night; Moonlight Mile; Gone, Baby, Gone; Mystic River; Shutter Island; and The Given Day—as well as Coronado, a collection of short stories and a play. He lives in California with his family.

“The novel’s plot is as complex as its morality.”
— New York Daily News

“A textbook guide on how to end a series .”
— Associated Press