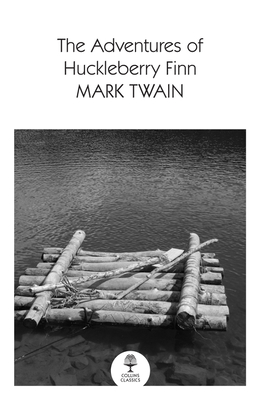 HarperCollins is proud to present its range of best-loved, essential classics.

'We said there warn't no home like a raft, after all. Other places do seem so cramped up and smothery, but a raft don't. You feel mighty free and easy and comfortable on a raft.'

Miserable and down on his luck, young Huck Finn escapes his drunken father by faking his own death - and so begins his life-changing journey through the Deep South. On his travels Huck meets Jim, a runaway slave, and together they form a close friendship as they journey down the Mississippi River on their individual quests for independence and freedom.

First published in 1884, Mark Twain's The Adventures of Huckleberry Finn remains a defining classic, grappling with issues of prejudice, morality and religion, with bravery and hope at its heart. Today, the tale of Huck Finn and Jim is considered one of the first Great American novels.

Mark Twain (born 1835) was an American writer, humorist, entrepreneur, publisher and lecturer. Among his most famous works are The Adventures of Tom Sawyer and its sequel, The Adventures of Huckleberry Finn often called the 'Great American Novel'. He died in 1910.