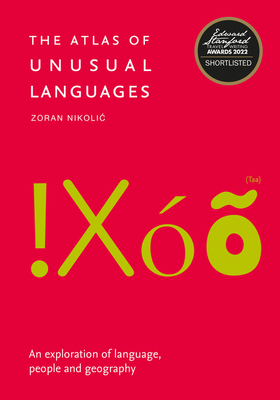 
Warehouse Out of Stock
We communicate through the spoken and written word and language has evolved over the centuries. Many languages have survived although only in small pockets throughout the world. This book explores a selection of those languages and some that have now been lost forever. Selection of languages included;

These and many more instances are captured in this fascinating book full of strange language intrigue.
Born in an area of constant political change in what was once Yugoslavia and is now Serbia, Zoran Nikolic saw the impact political change had on people’s daily lives. This interest in geography extended outside Eastern Europe and became a lifetime fascination with borders and political geography.